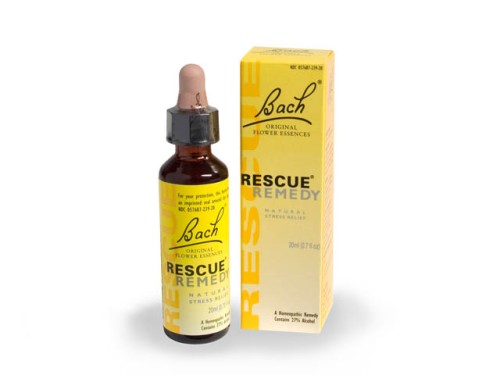 I don’t normally do health posts, so this is brand new to me, but I feel like I have to share my experience with this Bach Rescue Remedy.

I bought this rescue remedy before my driving test. It was my fifth attempt and I felt as though I needed something to help calm me down in order to get me through my exam. I started taking it a few days before to see if it  made me sleepy and to get it into my system. At this point of time I suffered no side effects and so decided it was fine to take on the day. Whether it was just a lucky day, or it was because I had taken this remedy, I passed my driving test with one minor.

I don’t know if this proves that they work… but I did feel a lot calmer and a lot less shaky. If it was the placebo effect then hey! Who cares? I got through my test.

I didn’t really use them after that. If I knew I had a few stressful shifts at work coming up I’d have some before I went out, but I’ve never really needed to take them.

Over the past few weeks a lot has happened in my life. I wont bore you with the details, but I’ve felt quite stressed, very over worked and just not myself.

So I decided to try this rescue remedy again to see if it would just take the edge off how I felt.

To be fair, it hasn’t really worked as much as I wanted it to, but it has calmed me down on a few occasions.

Then the other night I thought I would take some before bed to see if it would help me sleep. I will tell you now. Never do this.

I haven’t had such vivid, trippy nightmares in my life before. I’ve never done drugs and never intend to but I imagine this is how it feels to be high. I dreamt that I had traveled to a parallel universe and that I wasn’t wanted there. Everything had a hazy purple and blue tinge to it. I remember being in a glass tree house and my housemate was trying to murder me. Honestly it was the weirdest dream that felt so real it was just horrible. Then a really tall man was trying to send me ‘back’ – where to I have no idea. He told me I wasn’t wanted there and I had to say a chant to leave where ever I was. As soon as I’d finished saying the chant I woke up in bed, completely dripping head to toe in sweat and feeling adamant that I had been to another world.

It was such a strange experience and such a horrible nightmare that I do not want to ever have again.

After this had happened, I did a bit of research and found a few forums where people had experienced the same things. There are a lot of people who have said that they believed they ventured into different realities and woke up in their room feeling very disorientated and not really knowing what had happened.

I have only taken Rescue Remedy once before bed so I can’t say that these dreams happened because of this. However, I’ve never experienced anything like it in my life before and with other people feeling the same way after taking them,  I can only put it down to this.

I would not recommend taking these before bed, but in the day they seem to work.

Make of this what you will… and please let me know how my first ‘health’ review went! If any of you have experienced the same thing I would love to know… I am quite scared about taking them again.